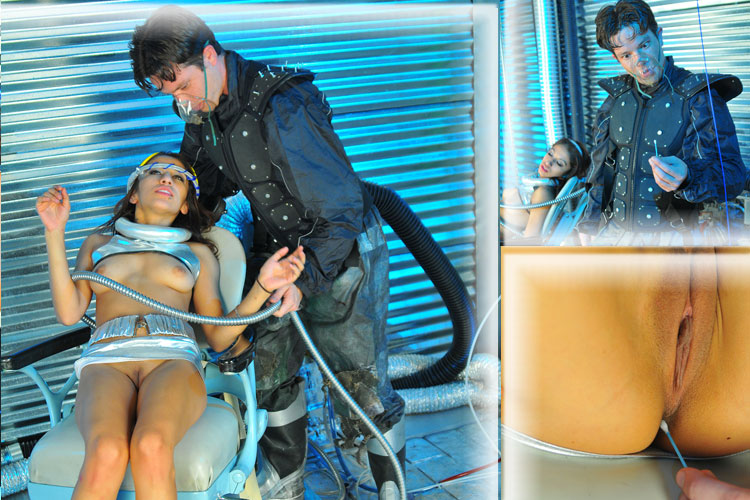 Sexy Latina Serena Silva was captured by the evil alien baby mind in the galactic transporter. The Alien Mind was able to trap the Galactic Girl during a teleportation to the dark planet. The DNA price of this Sci-Fi sex slave was enormous as she was a rare breed between a fully grown galactic girl Crissy Moran and commander Kubr from the extinct race of Kuman. This young galactic Girl was sold to the Cybourg Doctor from planet Pussea, who wanted to extract the precious DNA and sell it to the Trimon alien race, who was fighting to survive extinction. The evil doctor put Seren on the DNA extraction sex machine and started the procedure. Check out this Sci-Fi Porn movie and find out how kinky this fetish doctor was! The HD video and high resolution photo gallery are posted below. Enjoy! Watch Trailer!