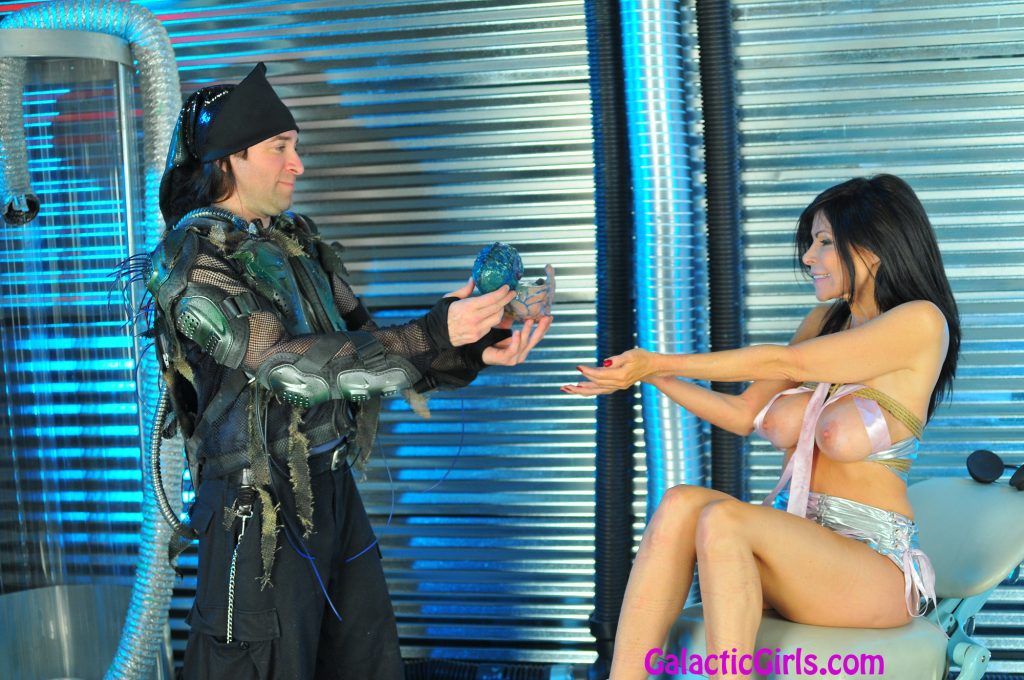 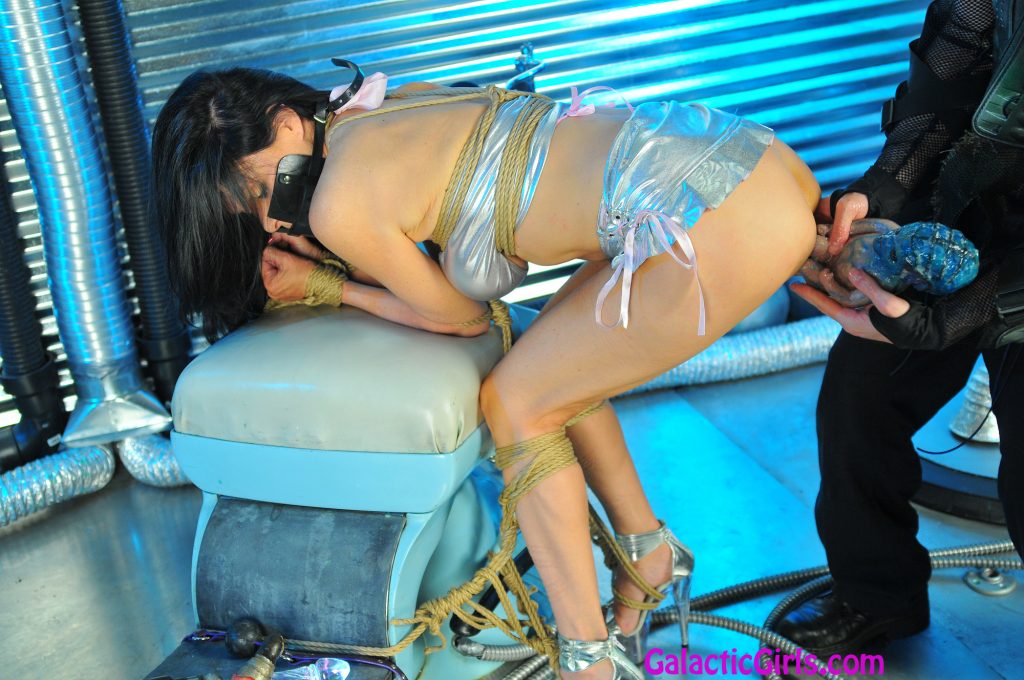 In the year 2126 a great star in the distant Galaxy Magillany grew weak and was no longer able to support its own solar system. Among the living planets, only 2 had advanced enough technology to escape before all life was gone. In a struggle to find inhabitable space, the Trimon Aliens and Cybourgians invaded the small female planet Pussea causing a war between the 3 species. The population of Pusseans rapidly depleted and a secret organization was formed who called themselves the Galactic Girls. Galactic girls found others like them from the planet Earth to join their mission of preserving the planet and destroying the evil invaders. Unfortunately, the Cybourgians were onto their plan. The Cybourgians had lost their leader when the planet froze and knowing that they could not survive without him they devised a plan to clone him. With this limited DNA that they had, they needed an earthling to bear a child that would be the Supreme Being. Ashley Renee was captured and teleported from earth. She arrived in the breeding facility of the evil aliens and was immediately attacked. After gaining control of her mind with a device, the Cybourg proceeded to test her with the DNA extraction device, experimenting with her fluids to see if she was fit to deliver the “leader.” They stuck the probe into her pussy deep enough to insert the egg holding the DNA that would make the Supreme Being and leader of the Cybourgians. When the implant was completed the final step was merely the sperm of the species to fertilize the encoded egg. Ashley was bent over the breeding chair and tied up not to ruin the fertilization process. The Cybourg inserted his large penis into her human pussy and after fucking her long and hard he finally came. The egg planted inside her immediately fertilized. It sprouted and grew draining Ashley of her strength. Within moments Ashley’s body developed the fetus, growing every second and in an instant the fetus was born. The Cybourgians plan was complete as the baby was placed in a special incubation for his full development. When he grows, he is to become the leader of their race and is destined to annihilate all other species occupying planet Pussea. Stay tuned to GalacticGirls.com to see the next episode in the Cybourgians evil plan. The HD video and super high resolution picture gallery are posted below. Enjoy! Watch Trailer!