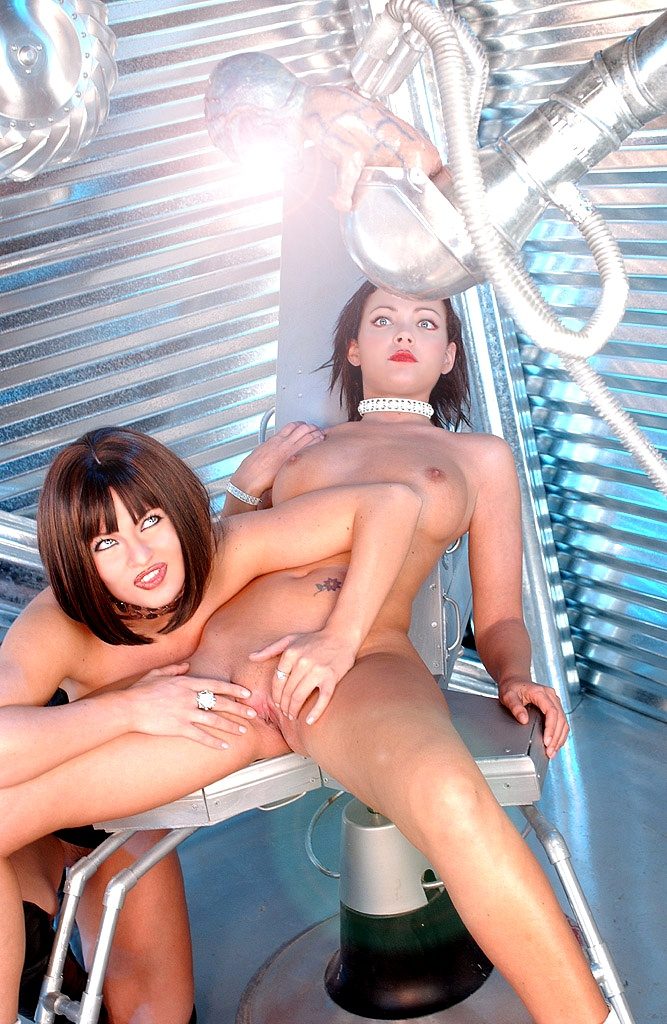 Sci-Fi lesbian warriors Terry Summers and Bobbi Eden controlled by the alien baby. After its birth the alien baby mind quickly took over Planet Pussea and quickly learned how to manipulate the minds of the lesbian warriors guarding the planet. In this dirty scifi sex episode we find Galactic Girls Bobbi and Terry looking for their missing comrade Ashley Renee (the mother of the alien). Their minds were quickly overwhelmed by the alien and under it’s control the warrior babes engaged in dirty lesbian sex. The girls began inserting metallic robotic arms in their pussies, asses and mouths, probing themselves and feeding the baby with energy, while getting orgasm after orgasm. The kinky lesbian video and high resolution image gallery are posted below. Enjoy! Watch Trailer!